The opportunity to see lions feeding is a rare, but incredible experience!

Only a few lucky people get to witness this in the wild.

So in the wild, what do they eat?

Lions are carnivores, meaning their diet is made up of meat. They will eat pretty much every animal they can prey upon, however mostly this tends to be buffalo, zebra, giraffe, warthog and antelope species. They will also prey on the young of larger mammal species such as rhino and elephant if the opportunity arises.  Most of the animals preyed upon will weigh between 50 to 300kg. Male lions on average can consume around 7kgs of meat per day, and females around 4.5kg. Both can eat up to 15% of their body weight in just one meal!

An all meat diet fit for a King!

How do they get their food?

Now obviously they cannot just pop to a supermarket like us and pick what they fancy that day, no, it is not so convenient for them. Lions must catch and kill their prey in order to eat and regain the energy and nutrients they require. Lions are unable to run very fast compared to other predators. For example, cheetah are able to run at speeds of up to 97km per hour, whilst lions can only run around 60km per hour. This is a disadvantage when it comes to trying to catch fast and nimble prey. To compensate for this lions are very clever hunters, they use stalking to get close to their prey and use the element of suprise to catch them, before they have a chance to run far. They crouch, getting themselves as close to the ground as possible so that they are hidden and then slowly creep as near to their prey as possible without being seen.

Now, although they are capable of hunting alone, lions are the most sociable of the cat family, meaning that they live in groups. This is very handy when it comes to food as they are able to hunt together. It is the female lionesses that do the majority of the hunting. Each lion has its own role to play when out on the hunt, some left, right and centre in order to surround the animal as much as possible and prevent the need for a chase. The same method of stalking can be used, however with multiple lions, another tactic can come into play. Ambush is another method used, with lions running towards their prey, forcing them to flee into other lions waiting, or into bushes and areas where they are unable to escape. Using these techniques increases the chances of catching prey and the ability to go for larger animals, increasing the prides chances of survival.

Did you know that the females do most of the hunting?

How do lions eat their prey?

Lions have large jaws and are capable of opening up to 11 inches wide. They have long canine teeth which are used to grasp and kill their prey. Lions do not chew their food. Small incisors at the front of their mouth are used to grip the meat whilst their sharp carnasial teeth in the back of their mouth tear it into chunks they can swallow. In the wild male lions live to around 12 years of age, with females living to around 15 years of age, whereas in captivity they can live up to 25 years of age. One significant reason for this difference is that they lose their teeth with age. As lions have to tear meat up into chunks they can swallow, once they lose their teeth they struggle to eat and obtain nutrients needed for survival. In captivity we are able to provide meat ready to eat for lions losing their teeth, allowing them to maintain their body condition.

What big teeth you have! Can you believe that lions don’t have the longest canines in the animal kingdom? 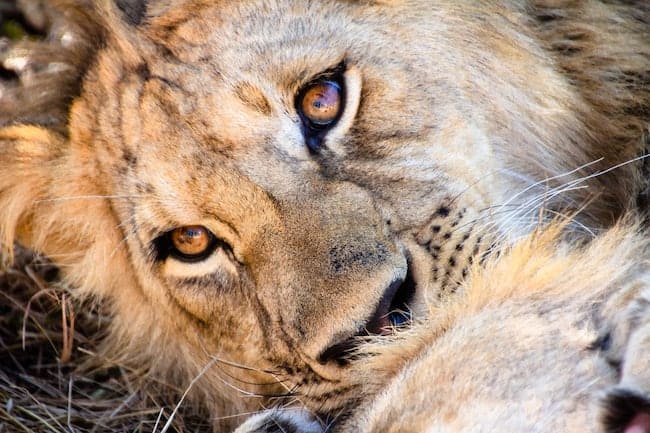 Play a vital role in conservation, with close encounters with our resident lions, right on the doorstep of the mighty Victoria Falls. 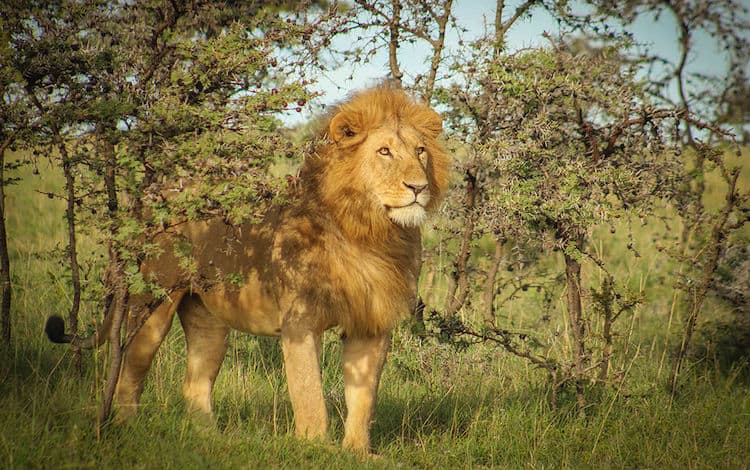 Help us to raise awareness of our community and conservation efforts through the power of your lens, with stunning photo opportunities.

Get fully involved with our wildlife conservation efforts, caring for our lions, engaging with our elephants and maintaining our Game park. 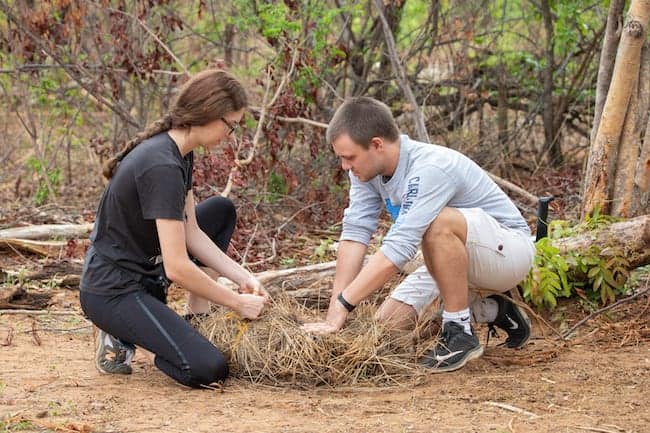 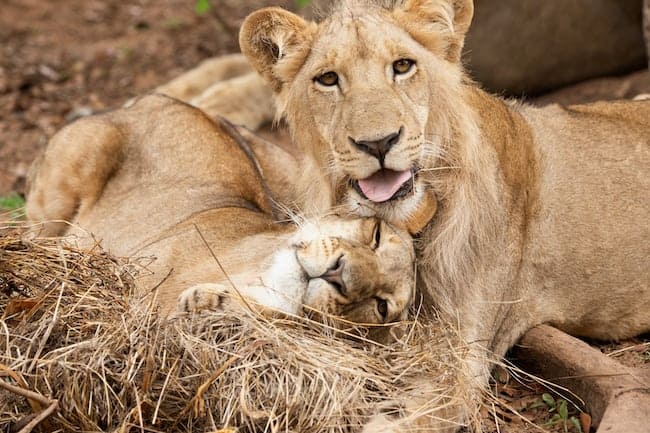 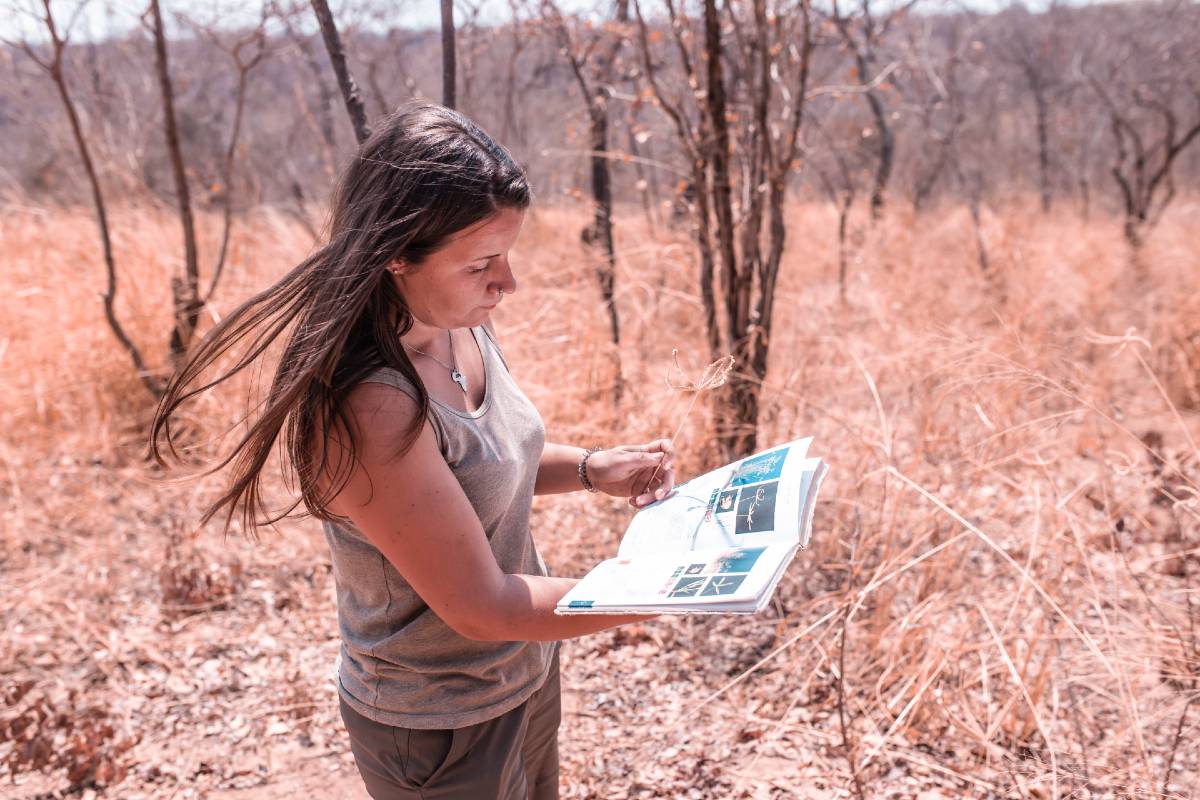 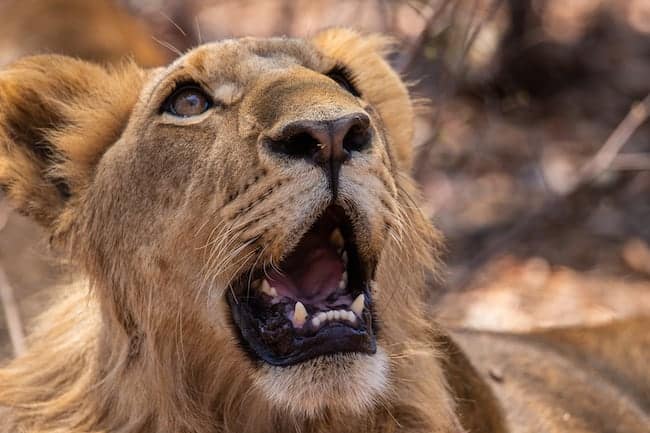