Making a difference to the environment & wildlife of the Nicoya Peninsula, Pacific Coast

Why volunteer in the Nicoya Peninsula, Costa Rica?

The Nicoya Peninsula, located in Costa Rica ́s Pacific Coast is separated from the mainland by the Gulf of Nicoya, and it’s one of the countries best-kept secrets! In this area, you will find a vast coastline of innumerable stunning beaches, small charming villages, some of the best surfing beaches in the world, magnificent protected nature reserves and unique wildlife! There’s also room for some amazing natural phenomenons in the area such as subterranean cave systems, bird hotspots and turtle beaches!

And there’s so much more! 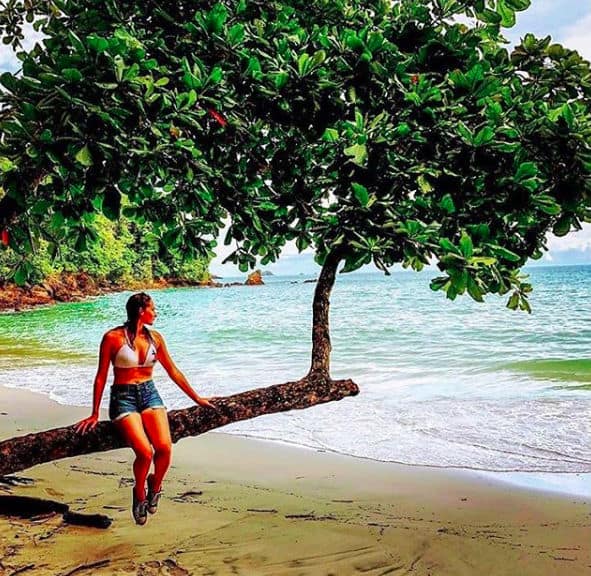 I had the most amazing time helping those populations that truly need it. It was such a rewarding experience and I loved how prepared the program was to make sure we were making the most impact each and every day. If I could I would do this a thousand times. It was a complete cultural immersion and I learned so much about the Costa Rican culture, and got to practice my Spanish more. Pura Vida!!!! 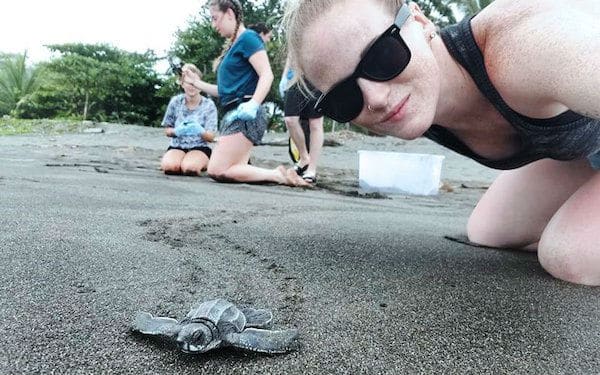 Get ready to make a difference in one of the most bio-diverse countries, which is home to 5 of 7 sea turtle species in the world, by helping to reverse their risk of extinction taking an active role in protecting both adult and baby sea turtles

Location: Pacific Coast or Carribean side on specific occasions (depending on seasonal needs) 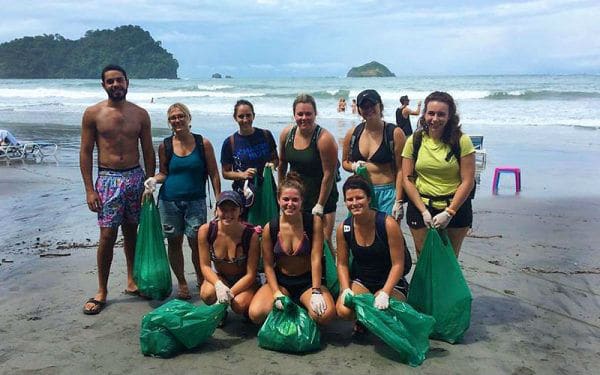 Get ready to live and work in Costa Rica’s first official National Park and protected natural reserve and make an impact in the conservation of this 3 million hectare of  ‘absolute reserve,’ ensuring the complete protection and preservation of its native flora and fauna.

Our environmental conservation volunteers will have the unique chance of spending their days in the Southern Nicoya Peninsula which has long been one of Costa Rica’s most secluded gems! This area offers a mixture consisting of hills in the interior with mountains that sweep down to the Pacific Ocean uncovering some of the country’s most pristine and remote beaches.

You will have the unique opportunity of being based in a nature reserve that was Costa Rica’s first protected area for nature conservation and later became the first official National Park in 1963! There is a lot of effort placed in preserving and protecting these beautiful lands. The reserve includes both land and ocean areas totalling around 3 million hectares, only 5% of which is open to visitors and the remaining 95% is an “absolute reserve” allowing for the complete protection and preservation of the flora and fauna.

The reserve ́s forest is home to over 150 species of trees and a large variety of animals such as white-tailed deer, pacas, armadillos, anteaters, howler and capuchin monkeys, coyotes, porcupines, raccoons and coatis. There are also wild cats like ocelots, jaguarundis and margay cats but it is almost impossible to see them in the wild. If you are an avid birdwatcher you won’t be disappointed since there are over 240 species of birds in the area!

For those joining the sea turtle conservation project in the Pacific Coast, you will also be based in the Nicoya Peninsula in some of the main reserves and protected areas. You will not only have the amazing opportunity of enjoying the beaches, forests, hills, wildlife and views of the area but will also have the chance of seeing thousands of sea turtles at the same time in places such as Ostional and Playa Junquilla! Your specific location may change depending on the needs and the turtle’s movements and you will only find out your specific location upon arrival and going through orientation in San Jose. Keep in mind in some occasions you might be placed in the Caribbean and will also enjoy some stunning beaches and views!

Volunteering in the Nicoya Peninsula

If you want to spend your volunteer days in a tropical paradise off the beaten path and offers stunning views, beaches and mountains, look no further since this is the ideal location for you!

Keep in mind that we also have an institute in San Jose in the San Pedro neighbourhood, where you’ll spend the first couple of days for your orientation. The district is surrounded by universities and offers a relaxed student vibe. Within walking distance, there are a variety of restaurants, gyms, malls, and markets. You may also enjoy the bars, live music, and dancing in this neighbourhood.

If keen to add some Spanish lessons in San Jose (or even in Manuel Antonio where we have another institute) for a couple of weeks before joining your project in the Pacific Coast, let us know and we ́ll set it up for you! Don’t miss out on the incredible opportunity of also bringing a great tool back home to enhance your CV by adding Spanish to the languages you speak!

By joining us you can also benefit from many free activities such as free salsa classes, cooking lessons, Tandem Spanish Conversation Program, a free walking tour and more.

You will be located in the Nicoya Peninsula surrounded by beaches, nature reserves and vegetation so there are lots of activities to do around your base such as chilling by the beach, hiking, surfing, etc.

Keep in mind you´ll also spend a few days in San Jose upon arrival and departure so you can enjoy this beautiful city and its surroundings since it’s quite centrally located. Whether you are looking for culture and history, adrenaline activities, relaxing times by the beach, trekkings, amazing food and drinks or chilling by the beach, there ́s something waiting for you here!

Tours and trips can be easily booked through our on-site travel partner, M&J Travel Services (http://www.mjtravelservice.com) 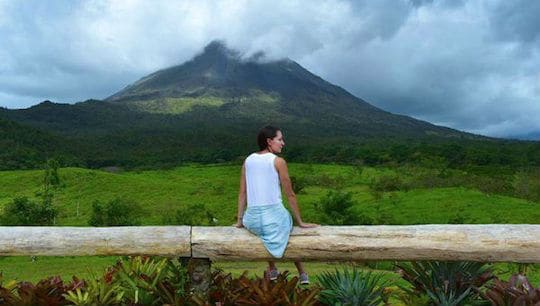 Located in northern Costa Rica, Arenal Volcano is one of the most popular destinations in the country offering access to the rainforest, waterfalls, a volcano, the country’s largest lake, and a diverse selection of hotels! 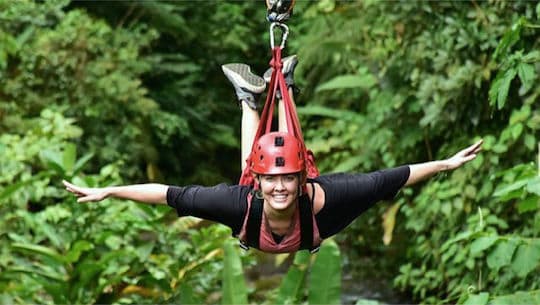 For those who enjoy adrenaline-pumping experiences, ziplining, sky tram tours, and high hanging bridges offer intense experiences with views to match. Lots of options in all regions of the country. 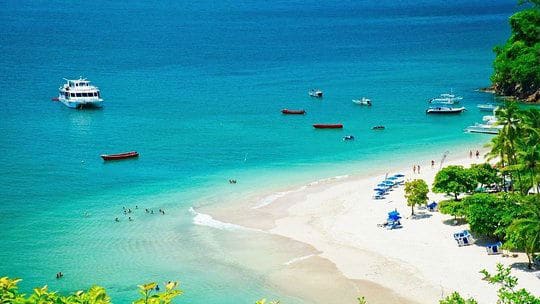 Depart for the Catamaran Island Cruise, a 1-day boat tour in the calm waters of the Gulf of Nicoya. Sail past 23 islands en route to the famous Isla Tortuga. On the island, swim, snorkel, play volleyball, kayak, or just relax in a hammock. 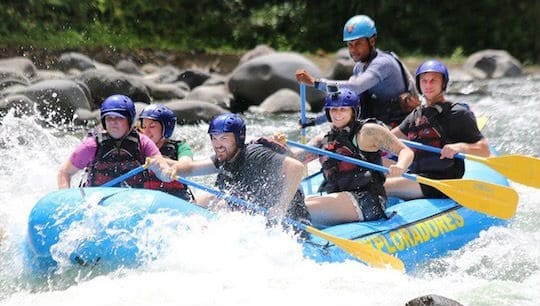 A journey of unsurpassed beauty and exploding whitewater. For the adventurous beginner and experienced rafter alike, the class III/IV rapids fill you with adrenaline as you paddle hard! 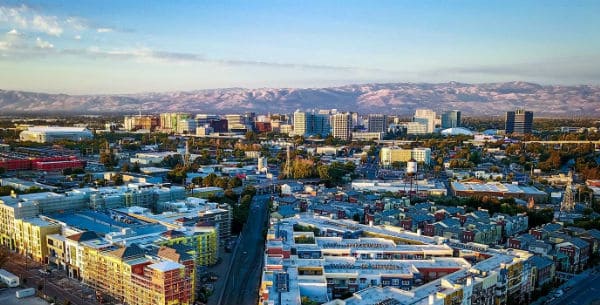 Set out on a half-day excursion to see the National Museum, the National Theatre, San Jose’s famous Central Market, and the Metropolitan Cathedral. 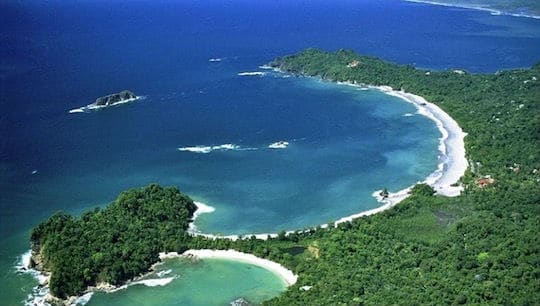 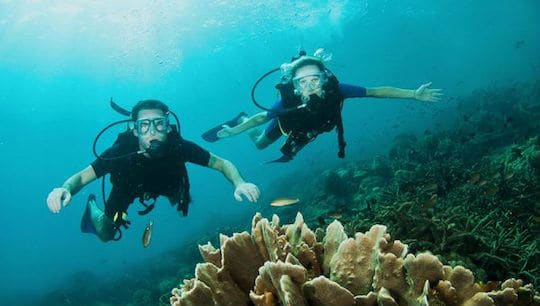 Get Your Scuba Certification

Manuel Antonio is located on the pacific coast of Costa Rica and is home to the best beaches in the country. The scuba course takes place in the Manuel Antonio National Park, which is home to a bustling tropical marine oasis.

You will spend the first 2 days in San Jose for your orientation and you will be staying in a traditional family-stay where you will be placed with a pre-approved middle class Costa Rican family. They ́ll have breakfast and dinner with you so you will have the chance to share a true cultural exchange experience, learn from the local culture and even practice some Spanish with them! If you are in a shared room, you can expect to stay with 1-3 other people of the same gender and similar age.

Our host families live in the San Pedro area of San José and are approximately 10-60 minute walking or by bus from our main institute, so very centrally located.

Once you move to the Pacific Coast for your project placement, you will be staying in shared dormitory accommodations on the reserve. You are provided with three meals a day and a vegetarian diet can be easily accommodated.

Keep in mind that there are no lockers at the accommodations so you should avoid bringing anything of high value and we recommend using a suitcase lock to secure your belongings while you are away from the dormitory. If you have anything of value that you brought to Costa Rica, but will not need at your project base, you can store this in a secure room at our institute.

Know Before You Go to the Nicoya Peninsula, Pacific Coast

Is Costa Rica safe to visit?

It is considered one of the safest countries in the world! However, you should always be paying attention and be on the lookout for pickpockets or similar petty thieves.

We take our volunteer’s safety very seriously and we ́ll give an in-depth induction upon arrival. Please check our Safety Tips as well.

What is the weather/climate in Costa Rica?

Costa Rica is known for its warm tropical weather. Temperatures in San Jose range from 22-32°C (72-90°F) year-round. ‘Green season’ lasts from May to October with the wettest months being September and October. ‘Dry season’ is from November to April. 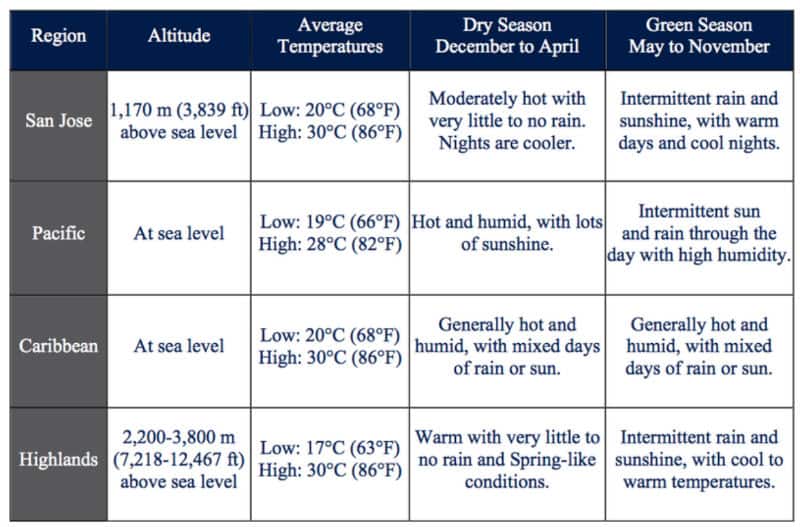 What is the currency in Costa Rica?

The currency is the Colon, but U.S. dollars are accepted in all places of business.

It is fairly easy to exchange other currencies and ATMs are also available throughout the country.

Which Electrical Plugs are used in Costa Rica?

All city-based accommodations have electricity available 24 hours a day. Electricity throughout Costa Rica is 110V, 60Hz – the same frequency used in North America. Be sure to check your electronics and small appliances for compatibility, and purchase any adapters or converters necessary.

Electrical outlets are both 2-prong and 3-prong. Please note that 2-prong outlets are the most common in Costa Rica.

What is the language in Costa Rica?

The official language of Costa Rica is Spanish although there are at least five living local indigenous languages spoken by the descendants of pre-Columbian people.

What should stay in your hand luggage when travelling?

All valuables should be kept in your hand luggage, not left in your checked bags.

We will review safety again in detail during your orientation.

Please consult with your private physician or doctor in regards to what immunizations or vaccinations are needed.