Africa is renowned for its breathtaking scenery and some amazing wildlife, but it’s the waterfalls that symbolize life for Africa’s people. Water is life and nothing depicts this more than an African Waterfall, in full flow, at the peak of the season!

With its eternal water flow, dropping down multiple levels and throwing up glorious spray. The spray acts like continual rain creating abundant life and drawing tourists from across the world to marvel at its wonders.

It’s hard for people to not look at a waterfall and feel inspired by its mesmerizing power and beauty. A river carving its way through the earth then flowing out with a high volume, thunderous roar over its peak before dropping down, continuing on its determined path… 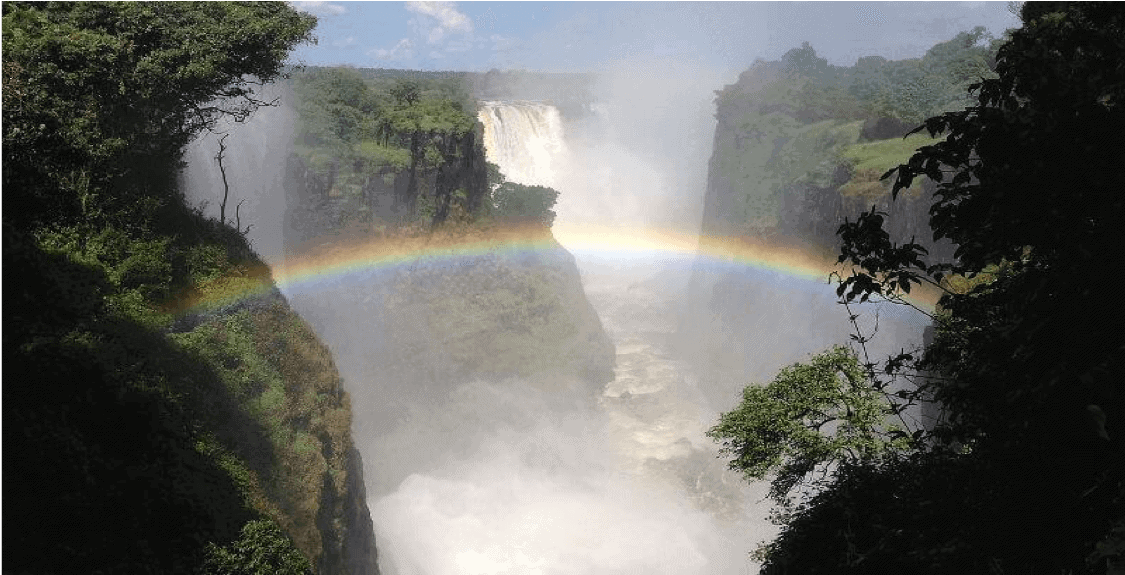 Here we explore Africa’s 10 Most Amazing Waterfalls to help you include them on your to do list in Africa.

By far Africa’s most well know Water Fall. One of the Seven Natural Wonders of the World, a UNESCO World Heritage site and a tourism hub for the region.

The border between Zimbabwe and Zambia in the heart of Southern Africa, and attracting millions of tourists from around the globe to marvel in its sheer volume.

Victoria Falls has the largest volume of falling water, with over 5 million cubic meters of water dropping over every minute in peak season!

This has earned it the title of the World’s Largest Waterfall. 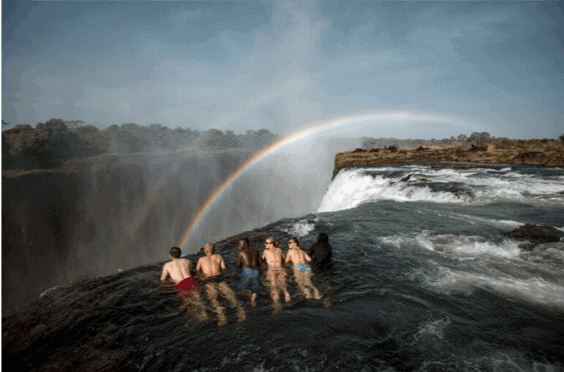 Things To Do In Victoria Falls

Find yourself at the forefront of various conservation initiatives in and around Victoria Falls, one of the Seven Natural Wonders of The World.

Africa’s tallest waterfall, flowing from the lofty heights of the renowned Drakensberg Mountains.

During the winter season the upper Tugela has been known to freeze, not a common sight in sunny Africa and attracting many people to hike up its side on numerous trails to the frozen peak!

With its narrow width the water flow can be seasonal, and in some years of drought, may dry up entirely. However in peak season, a large volume of water flow drops down its peak, throwing up an impressive spray for people to see. 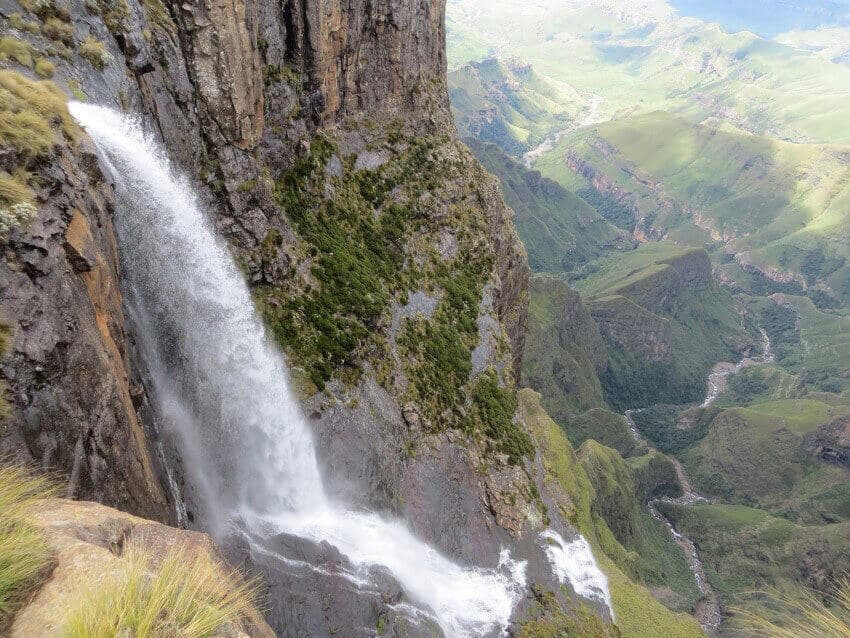 By far Africa’s largest Waterfall by width, and to some people, the worlds widest!

This flow width creates a large volume of water that has a drop of only 56 meters, but is considered one of the world’s most powerful water flows. The level of flow does drop, particularly in period of drought, but never dries up.

During peak season there is a high volume of water flow throwing up a drenching spray for people to see and great for tourism. 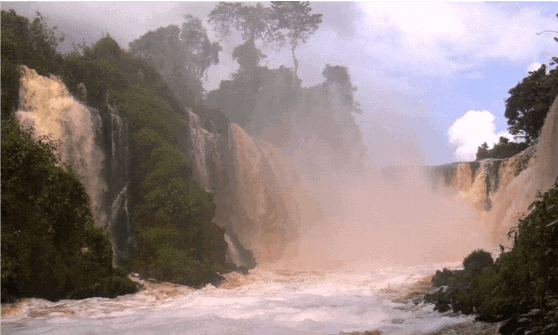 Found along the Kalambo River which forms the border of Tanzania and Zambia, before flowing into the world renowned Lake Tanganyika.

Being one of the more remote waterfalls in Africa, people must first enjoy a 3-4 hour hike up the side of the falls. A mixture of steep gorge and lush plateaus, amongst the spray of the flowing water.

Not for the faint hearted, but well worth the effort! 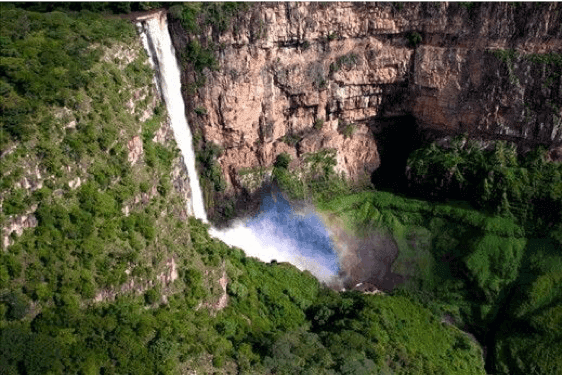 Considered by the local people as one of the most beautiful and romantic of all the world’s waterfalls.

Falling over the side of the Atlas Mountains along the El-Abid River before dropping 110 meters down its rugged cliffs.

One of the most popular tourist attractions in the whole region, offering easy access for people.

Travel by through the Atlas Mountains, followed by a mild walk along well used paths along the side of the falls to the edge.

Behold the breathtaking beauty and thunderous roars of the might falls and the spray it produces, teeming with a large volume of indigenous wildlife, including the Barbary apes. 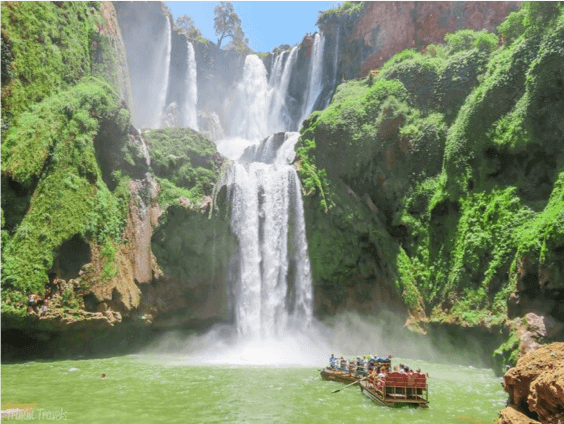 Located along the Kalungwishi River, in Zambia. In peak season it is by far the country’s largest waterfall. Other waterfalls are bigger, but they form the border with neighboring countries.

People often confused with Victoria Falls due to its sheer volume, large curtain of water flow and saturating spray, even during periods of drought.

Surrounded on either side by lush, dense bush, this is a perfect trip for people interested in nature tourism. Whilst tourist infrastructure is somewhat lacking it is well worth the visit. 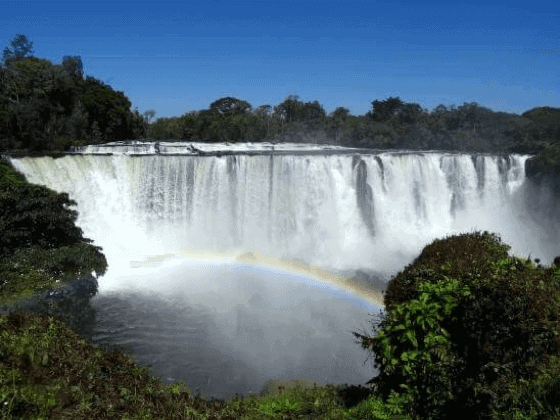 Considered the tallest fall of water in the whole of West Africa falling down 5 distinct levels over its rocky sides flowing into an ice cool pool of water at the bottom.

Considered by people as one of the most naturally beautiful waterfalls in the region, and a major tourist attraction for the area. In peak season, with high water flow the spray is at its best. Due to the dense bush along its sides, and the height from which the water drops, it’s the volume of its roar which can be experienced first, often from quite a distance away.

Offers an incredible natural ambience for nature tourism. The dense vegetation along the sides of the waterfall are full of indigenous wildlife.

Whilst the area has a lot to offer for nature lovers, it’s the ice cold water which categorizes this waterfall, even during months of drought. 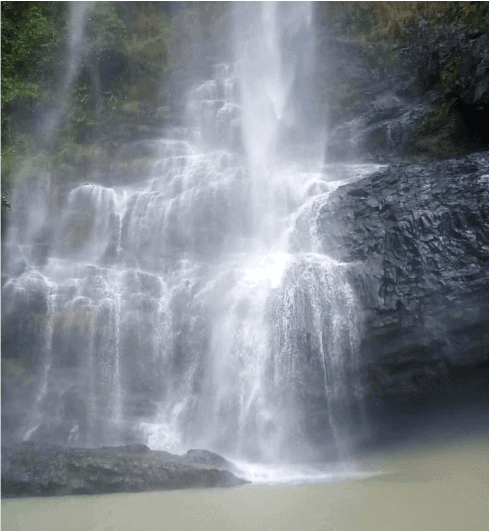 Argued to be the largest waterfall in West Africa, and certainly the largest in Ghana. Has two distinct levels, an upper fall and a lower fall.

Referred to by the local people as “Agumatsa Falls” meaning “Let me follow”. A popular tourist site near the Togo border offering two different experiences between its easier to get to lower falls, and it’s more difficult hike up the side to the upper falls.

Crystal clear pools flowing pools grace the bottom of each falls, inviting people to cool off.

Peak season, when the water flow is at its highest volume is between April-October. Surrounded on all sides by dense rainforest, teeming with wildlife, including the unique presence of thousands of fruit bats nesting in the nearby cliffs. 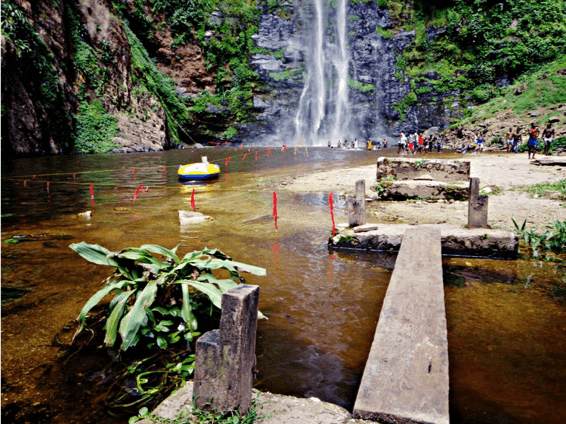 Located on the Blue Nile River in Ethiopia and known to the local people as Tis Abay, meaning great smoke. A reference to the incredible spray thrown up by the flowing water. One of the many reasons why the Blue Nile Falls is one of Ethiopia’s major tourist attractions.

A seasonal falls with low water flow in periods of drought, changing dramatically in peak season to a torrential water flow of over 400 meters in width. Not only is the Falls popular for tourism, but also plays a massive part in nature conservation for its role in the evolution of endemic species, only found in this area. 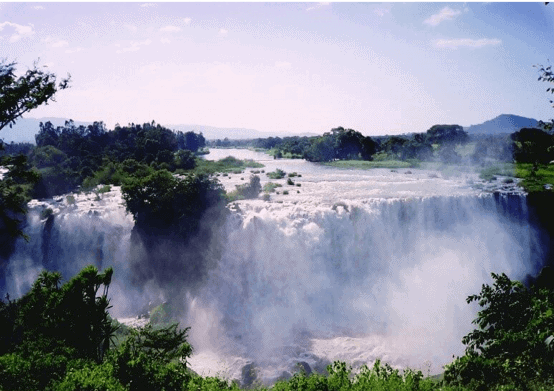 One of Central Africa’s largest waterfalls, with an unbroken water drop of 340 meters from its peak.

A popular adventure tourist destination, even allowing people to camp at the peak of the waterfall enjoying some spectacular views, whilst taking in the sheer volume of nature around you.

Water flow is seasonal, with very high levels during peak season, throwing up a dense spray. 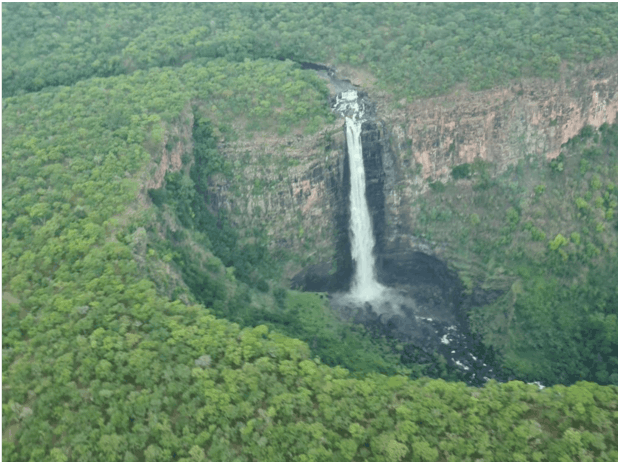 Of course, we can’t help but have a particular favourite! We are so lucky to call the beautiful Victoria Falls our home. Find out more about what’s on offer at one of the Seven Natural Wonders of the World right here! 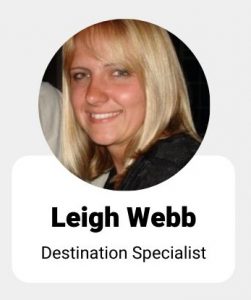 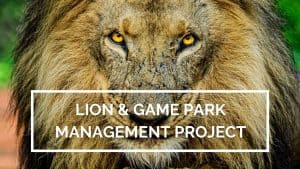 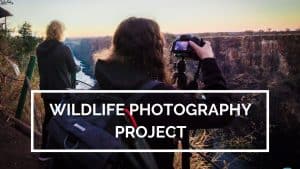