A Brief History of Antelope Park 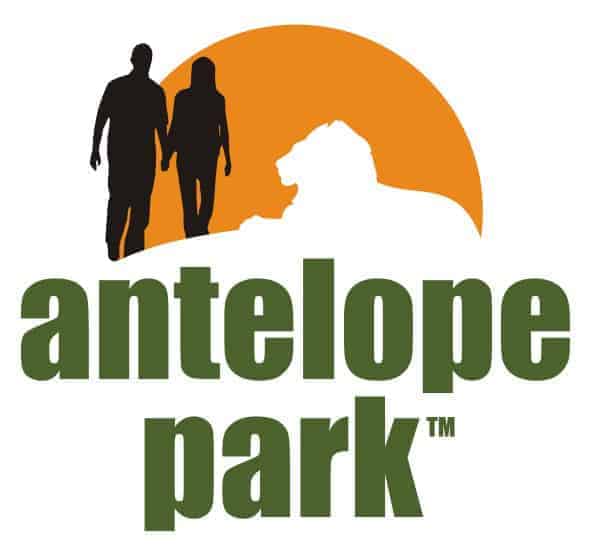 In the beginning, besides the game fence and one small store room, there was basically nothing.  There was no camp, no workshops, no water or electricity, no horses, no stables, horseshoe, and housing, no pipelines… Just bush and a lot of hard work to do!

It’s really hard to imagine what this amazing and very unique park looked like in 1987 when Andrew Conolly bought it. But even in this desolated scenario, there was something that he saw that set everything in motion. Some call it a vision, others call it a plan and most people call it a dream.

In 1987 Antelope Park was in a very bad state of neglect and disrepair. Back then the park was game fenced with 17 species of game, plus, in enclosures, there were leopards, jackals, hyena, cheetah, baboons, monkeys, servals, wild dogs and 6 lions. But just 3 months after the acquisition there was a rabies outbreak in the wild dog enclosure and all the dogs got infected. The vet department had no option but to put the pack of 9 dogs down. It was truly a tragedy! The rest of the animals, except the lions, cheetah, leopard and hyena were released into the wild. The lions, leopard, cheetah and hyena could not be released as, having never left their enclosures, they would not have survived. Hyena, cheetah and leopard were never bred and eventually died of old age.

Shortly after the Conolly family moved in, two lion cubs were born, but sadly they were neglected by the mother.  That’s when Andrew, his wife Wendy and their children stepped in to raise them. The Cubs did well and after a few months, they were taken for regular walks around the park to familiarize them with their natural environment. It was during this time that Andrew noticed that the more the cubs were exposed to the wild the more their natural instincts developed. It was not long before they made their first kill of a small antelope, and then another, and then another one! A vision of these cubs one day being able to go back into the wild was born! That was just beginning!

Here’s how Antelope Park becomes the unique and special place that it is today. But it starts with bad news!

The new research was telling that the African lion population had, over the past 30 years decreased from around 300,000 lions to about 30,000.  Today, those numbers are even more dramatic! The decline is estimated by an astonishing 43% from 1993 to 2018, according to IUCN research. That means that maybe only slightly over 22,000 remain in the wild across Africa today.  The numbers could even be lower, some estimate.

The action was needed fast and it was at this time that the vision of releasing disease-free, genetically sound lions that had been exposed as much as possible to the wild actually started. 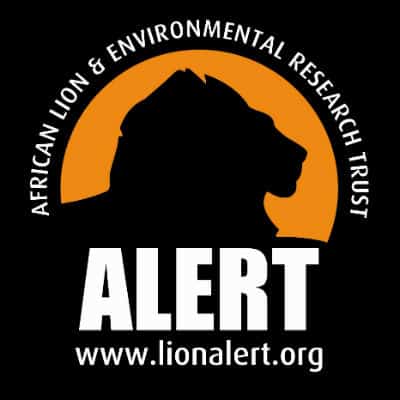 Andrew Conolly knew then and too well, that wildlife conservation and community development were inseparable, even more in an African context. That’s why the surrounding communities also had to benefit from the lion program, and they have.

With ALERT’s African Lion Rehabilitation and Release into the Wild Programme, we can help to ensure a future for the African lion.  The introduction of the wild offspring of captive-bred lions can bring new genetic material from secure, healthy sources into well-protected, healthy ecosystems, and give dwindling lion populations a strong base to support the long-term recovery and health of their populations.

We recognise that the captive breeding of lions is not the solution for Africa’s lion populations, but we firmly believe, as a result of vigorous and ongoing research, that it is a necessary addition to the arsenal that conservationists have in our fight for the future of the African Lion.

The African Lion Rehabilitation and Release into the Wild Programme incorporate three phases:

Cubs born to captive-bred parents are hand-raised in a controlled environment and are taken on human-led walks in their natural habitat between the ages of 6 and roughly 20 months. These walks allow the cubs to develop their natural instincts and hone the skills they’ll need to survive after being released. People are able to join the lions on these walks, safely accompanied by expert guides, whom the lions recognise as senior pride members. By allowing visitors to join these walks, the project is able to generate much-needed income to sustain the operations, and inform the public of the plight of Africa’s lions.

The lions are released as prides into fenced, managed reserves, where they live as a wild pride, hunting and breeding naturally without human interference. The pride’s social cohesion is closely studied allowing experts to ascertain whether the pride is socially stable which is essential criteria for phase three.

Two release areas are currently operational and land has been secured for further sites.  ALERT and its operational partners are attempting to raise funds to proceed with the development of these sites.

Once the cubs born wild in the release phase are old enough, and their social cohesion and stability have been established, they can be translocated for reintroduction into appropriate national parks and reserves that are seeking to restore lost, or augment declining lion populations.

Where are We Now?

We have successfully released two feelings of pride; one in the Ngamo Release Site, at Antelope Park in Zimbabwe, and a second in the Dambwa Release Site within the Dambwa Forest close to Livingstone in Zambia. These are “intermediate release areas”.

The wild-born cubs from these release sites are now approaching an appropriate age to be translocated, to a final release area which should be a minimum of 20,000 acres with sufficient and sustainable prey species. Plans for reintroduction are underway. The reintroduction phase, however, is both logistically and financially demanding.

Before the lions can be reintroduced, we must secure a location where we are confident that they will be safe from illegal hunting, where prey populations are not under pressure from poaching, and where the reasons for the initial decline of resident lion populations are being mitigated. Several potential reintroduction sites have been identified, and together with the relevant authorities, we are working towards the implementation of the final phase of the program. Further to this, a successful translocation of this magnitude is costly, and fundraising activities are still underway.

At the moment Antelope Park is supporting and financing the rehabilitation of Chizarira national park in Zimbabwe. Through this rehabilitation, we aim to have our impending lion release, a solution we have implemented, alongside our partner ALERT (African Lion Environment Research Trust) to put a stop to the rapidly decreasing number of lions across Africa. Your support will go directly into trying to save this iconic species. 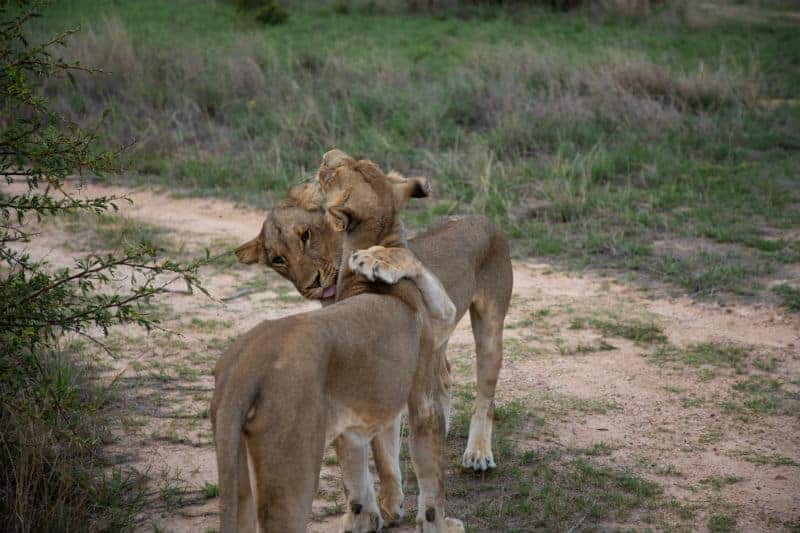 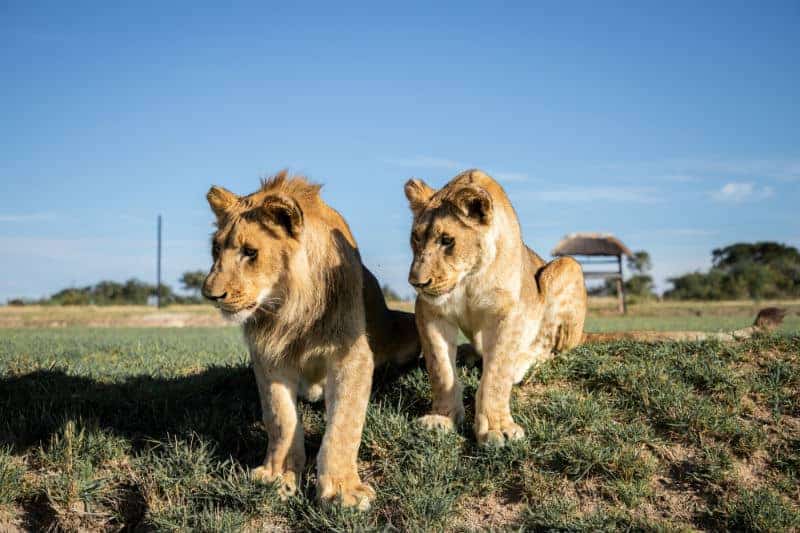 Our Partners/ A Team Effort

The African Lion Rehabilitation and Release into the Wild Programme is a collaborative effort by ALERT, Antelope Park, Lion Encounter and Wildlife Encounter.

ALERT was founded in 2005 at Antelope Park, where phases one and two of the Rehabilitation and Release into the Wild Programme are based. Antelope Park provides the land that is necessary for a project of this size, where the conservation aspects of the project are overseen by ALERT. While Antelope Park is not the sole financial funder of this project, without them, there would be no land or lions for the successful progression of the lion conservation project that is in place.

Lion Encounter and Wildlife Encounter operate the African Lion Rehabilitation & release into the Wild Programme’s commercial operations in conjunction with ALERT; offering visitors the opportunity to have an ethical interaction with the lions in phase one of the programme, and generating critical income for the continuity and development of the programme.

Zimbabwe is open to visitors